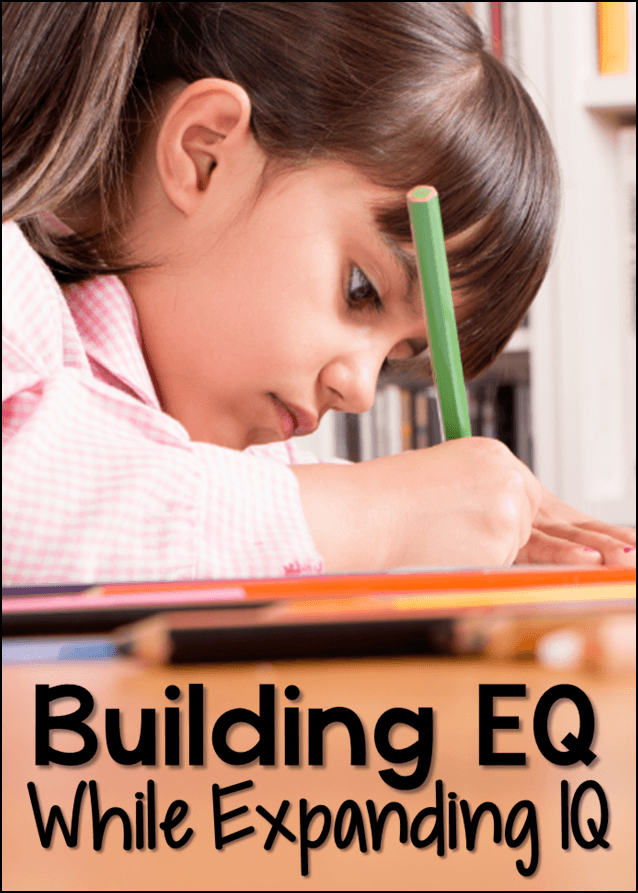 I’m honored to be guest blogging for Corkboard Connections today. In this post, I’ll be sharing a vocabulary building activity that also serves to increase students’ emotional awareness!

I have always had a strong belief that a high EQ (emotional quotient) is much more important than IQ (intelligence quotient). In recent years, there have been more and more studies to support this notion. Research shows that people who have a high EQ are more confident, have healthier relationships, and see more success in their careers. If this is indeed true, then I believe it is my job as an educator to ensure that I’m helping my students enhance their EQ.

One of the five key components of emotional intelligence is “emotional-awareness.” EQ experts say that being able to accurately identify and label ones emotions, as well as identifying it in others, is an essential ingredient in building emotional intelligence. This means that having a strong emotional vocabulary is a crucial part of this EQuation. For example, just saying “I feel angry” isn’t enough because there are so many shades/levels/degrees of an emotion.

With this in mind, the following lesson was born! I love an activity that integrates curriculum (like writing descriptively and expanding vocabulary) with building stronger, more confident children. This lesson strives to help students expand their emotional vocabulary while enhancing their EQ!

I have included two FREE resources to help you get started.

In addition to these resources, you will need a book wherein the main character gets angry. Any book will do (and there are heaps to choose from). I chose When Sophie Gets Angry – Really, Really, Angry by Molly Bang. 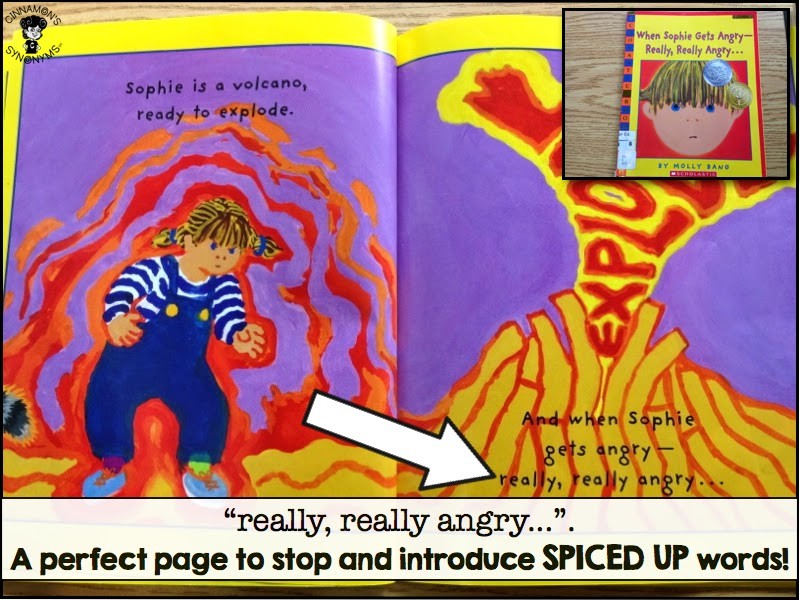 Since the key to building EQ is teaching students to label emotions accurately I told my students that saying “really, really, angry” (as the author does) isn’t near as accurate as saying “I felt irate.” So, as a class, and with the help of my Angry Picture Thesaurus (shades of meaning cards), we brainstormed other ways to label the character’s varying degrees of anger. 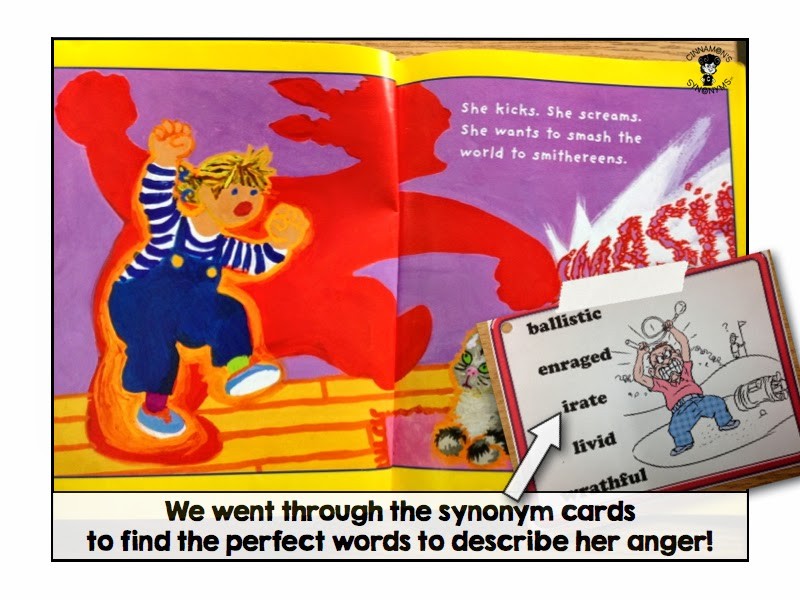 My shades of meaning cards have 26 words for “angry” and each card represents a different shade of anger. The pictures provide students with context and the splash of color on each image helps students zero in on the most important elements of the illustration. These visuals really help my students understand that the word “frustrated,” for instance, is very different from “ballistic.”

After choosing the cards that best labeled Sophie’s various states of anger, I asked my class to reflect on an incident that made them feel ‘angry.’ Students then chose a card that they could relate to and used very specific emotion words to write their reflection. 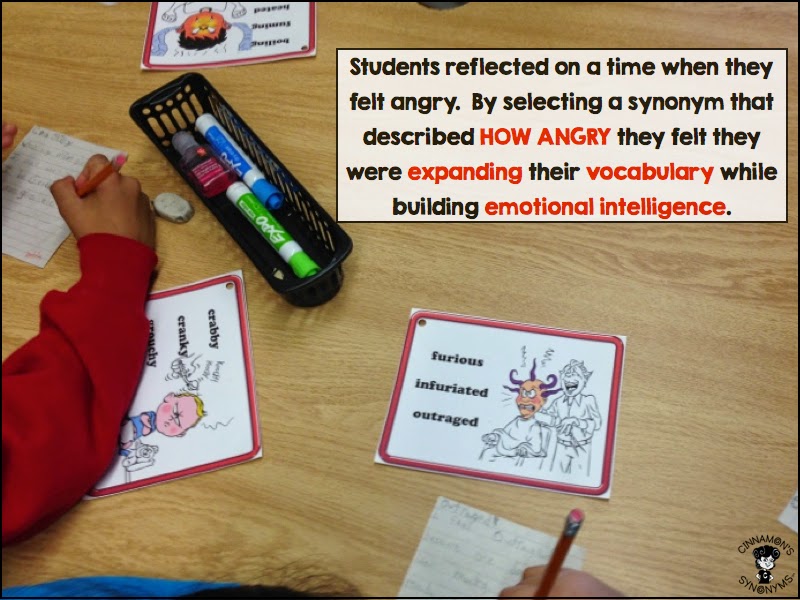 About 90% of the students in my class speak English as a second language, so the fact that they were able to use these words accurately started a little party of high fives inside my heart! I just love seeing my kiddos use such spiced up words!!

I’m sure if I had students use a regular thesaurus, they would have just stared blankly at the long list of words… or they would have selected a word without necessarily knowing how to use it in the right context! The images on my cards definitely helped my students select the best synonym for ‘angry’!

Below are some examples of what they wrote. I know it’s hard to read, so I highlighted some key parts but I will also decipher a couple of them for you just in case! For “frustrated,” (top right), one student wrote about a time when she was trying to build a school out of paper, “but,” she says, “the school didn’t work out how I askpected (expected).” Another student writes, “I feel cranky when my dad wakes me up early.” 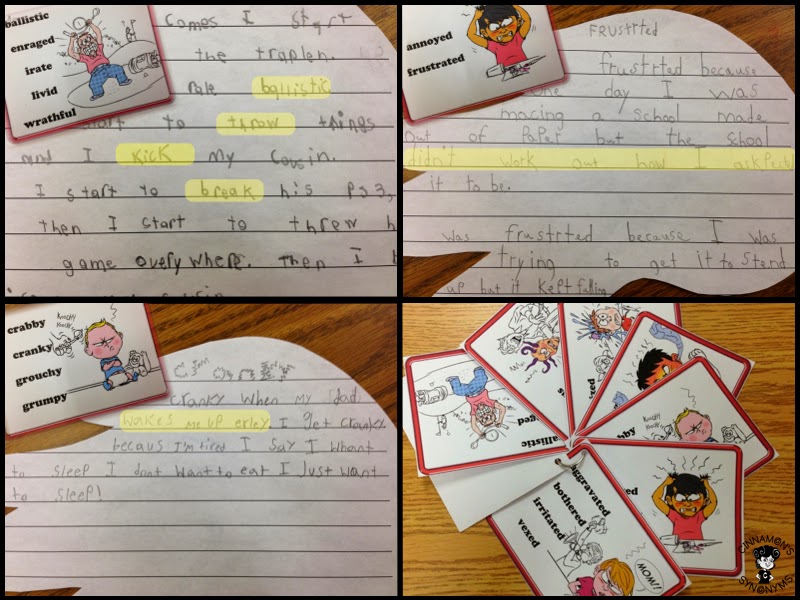 For the word ballistic (top left corner), my student reflected on a time when his cousin came over and they had a conflict. He explains how he went “rale (real) ballistic.” He goes on to say how he started to throw things, he kicked his cousin, and even broke his PS3. Wow! Now that’s some intense rage… but how empowering that he now has the vocabulary to describe this very intense level of anger. One might argue, how could this be empowering? He acted out in a violent way. Yes, his behavior was unacceptable and he will need to work out how to manage his anger… but EQ experts say that in order to manage emotions effectively we must be able to label and identify what it is we are feeling before the management process can even begin!

It became clear rather quickly that my lesson was a success! Students were ‘spicing up’ their vocabulary and building emotional awareness!

After finishing their writing, they colored in the flame on the reverse side of the template, and I put all the reflections together to create a class book. 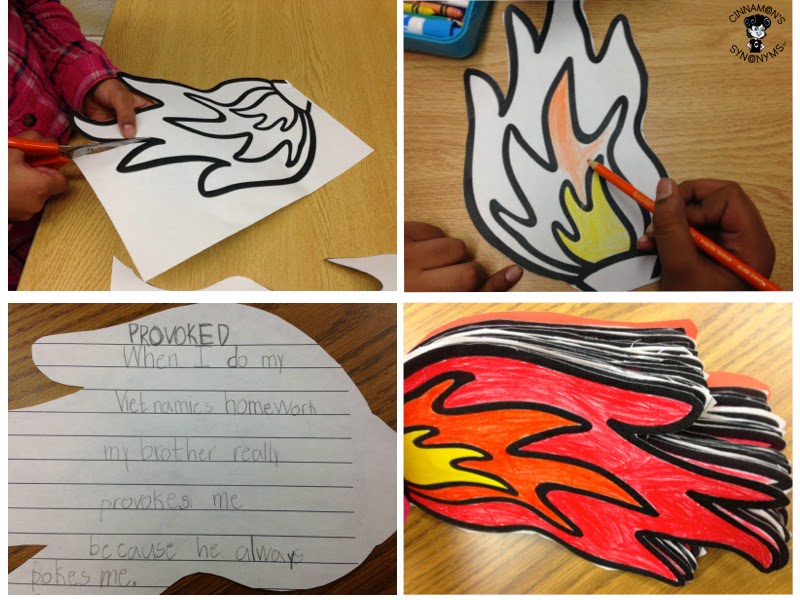 For my next lesson I will use the same template to discuss ways we ‘put out the fire’ and cool ourselves down. By coloring the template blue, the flame turns into water coming out of a hose! Knowing how to self regulate (i.e. manage emotions) is another crucial element in building emotional intelligence so it will be the perfect continuation to this lesson!

For teaching self-regulation, I absolutely adore this book: 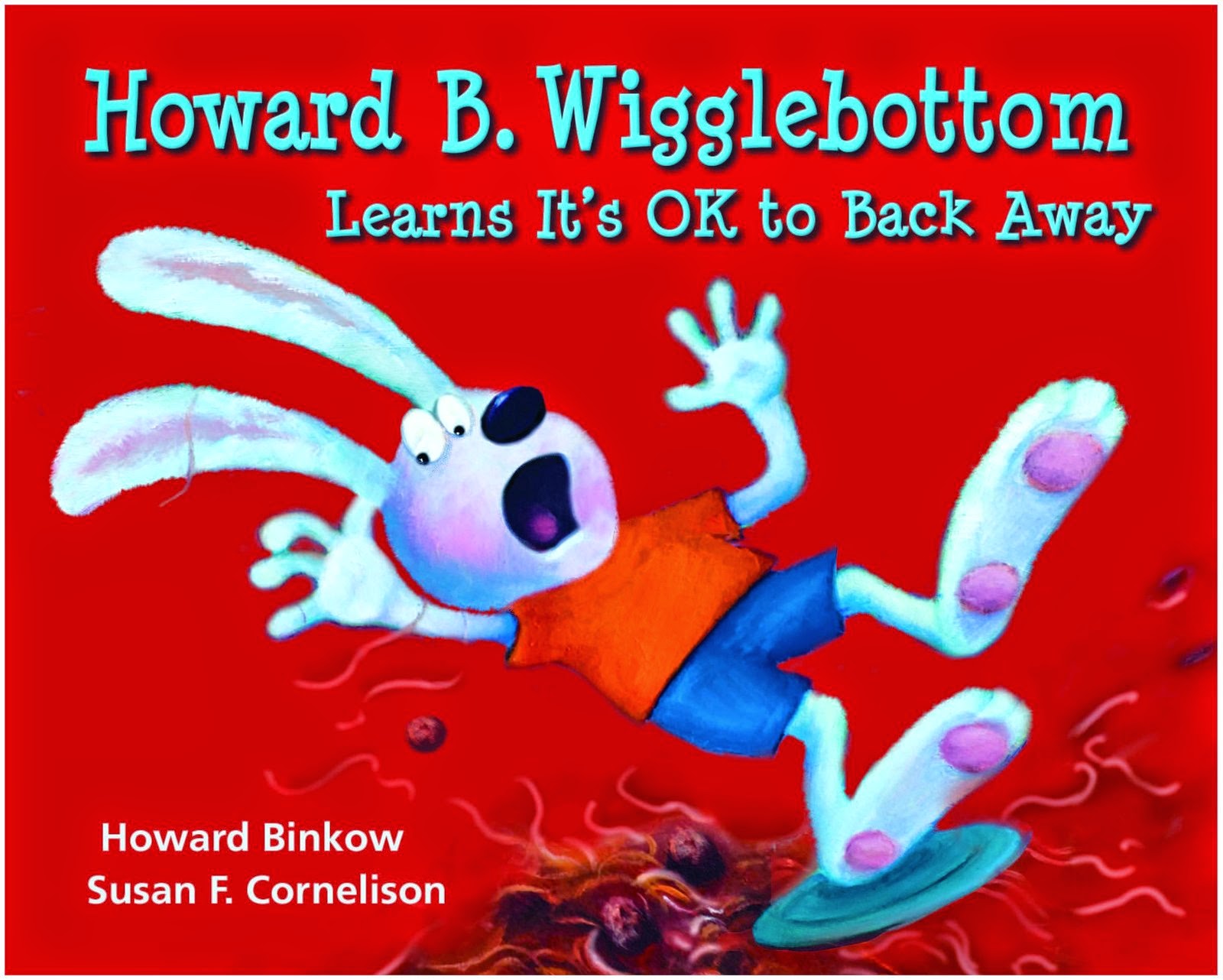 It’s about a bunny who learns how to deal with his anger… he realizes that being angry is OK… it’s all about how we deal with it that matters!

Neetu teaches in a school with a high population of English Language Learners. She strives to create engaging language-based resources filled with illustrations that kids just dig! This is inspired by her need to help her students build the vocabulary required to succeed in every subject, not just language arts. She blogs at Cinnamon’s Synonyms.